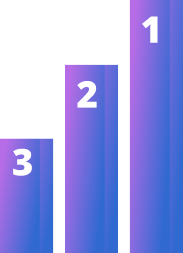 Backlinks to the beginning of work: up to 150 links from 12 domains

The site is an information portal for the gaming community. For players, the opportunity is available to buy and sell pumped characters, game items, etc. There is also a forum to enable community members to communicate with each other.

The main task set by the client was the growth of targeted traffic to the site. The United States was originally the relevant market. In the process, the target market was expanded to 15 more countries (Western Europe, Asia).

The Google analytics on the site already stood, but was actually not configured. Since this site is of an informational nature, an important point was the involvement of the target audience and the identification of problematic pages of the site that users leave. After Google Analytics metrics were set up, it was immediately possible to track the click map through the hotjar.com service.

It was not difficult to outline the target audience: game participants who want to understand how to pump their characters, what properties objects possess, etc. That is users who need information.

Also, the second target audience is the participants in this game who want to buy or sell characters or items.

After the Discovery phase, we began to understand the competitors, the sources of their traffic, and the links in which communities they are members, how they are promoting themselves.

There were already well-established leaders in this niche with very strong indicators on the link profile. And the gaming community already knew them. We had to pump not only the site itself, but, relatively speaking, the “brand”

The work was carried out simultaneously in several areas: internal website optimization, link promotion, and outreach in the communities of this game for the purpose of the partnership.

Now, in more detail about each of the directions.

Since the site is written in a self-written CMS, all implementations to the site took place through the programmer. Our task was to identify the problem, formulate a technical task for the programmer, and monitor the completed task.

We identified the following problems on the site:

Errors were fixed in several iterations. Let us dwell on the most important, key points of optimization.

To optimize metadata, semantics have been compiled. We unloaded the semantics of several competitors and cleaned it of garbage.

Since the site is voluminous, we developed many templates for optimizing metadata, according to which the programmer generated unique optimized metadata.

Next, it was necessary to index all the pages of the site.

The algorithm for generating a site map has been fundamentally changed. Instead of 30 maps, 180 site maps were generated, limited by the number of URLs each map contains. This had a positive effect on the growth of indexed pages since the search bot was fed with cards that it could pass and scan qualitatively. So we drove most pages into the index.

After analyzing the causes of this error and analyzing similar situations described on the Google community forum, we made the assumption that the main reason is that Google does not recognize the contents of pages of items, recipes, and other information was formed by a script.

The text output was redone, and we developed a text generation algorithm for one section and tested it. Our hypothesis turned out to be true: SOFT 404 error disappeared on test pages.

We scaled this experience to the whole site and developed more than a hundred variants of algorithms for generating texts.

After reindexing the site, traffic began to grow very rapidly. The arrow indicates the stage when growth began – here shows the growth of traffic in the USA.

At the time the promotion began, 12 domains were referred to the site (about 150 links), but all of them were relevant, which, of course, is a plus.

After the Discovery phase, it was clear to us that most of the competitors ’links were forum and some of the links were a blog. We started to work on forums.

But they didn’t come primarily from the usual crowd marketing but decided to agree on the placement with the forum administrators. We have collected all the forums on this topic and contacted the administration. Since the customer’s site was not commercial and had real benefits for the community of players (we managed to convince them of the usefulness of the site for the game community), the administration of the forums was very active in contacting, and we were able to get thousands of links from each of them for free. At the same time, we were able to greatly save the reference budget to the customer.

Also, forum administrators have been actively promoting our client’s site among the community, acting as brand ambassadors.

We also added information with backlinks to all major social groups and community forums and actively promoted the client’s brand.

At the same time, we worked on classic crowd marketing and provided links to the customer’s website on relevant topics. All links are marked with UTM tags to understand which topics and forums work best.

How competitors fought with us

Our activity was noticed by competitors – leaders of the subject at that time. And they began to buy links from prohibited topics to the customer’s website.

We regularly monitor link activity and immediately noticed an increase in harmful links.

Through the Google Disallow Link tool, we sent bundles of harmful links, and, after some time, competitors stopped their attempts to flood the site.

Nevertheless, in order to strengthen its link profile, work was launched on the classic link outreach promotion (Guest Post and Sponsored Post).

At first, the client was interested in traffic from the USA. However, it was noticed that traffic from other countries is very active.

When creating the site, scaling to other countries was immediately laid down, but was not implemented in practice. Having justified this to the client, it was decided to translate the site into 15 languages.

We have written a new algorithm for generating metadata in other languages. Now only partially implemented translation – the text content of the pages is all translated, and metadata only partially. This task is in process and is carried out in parts.

Those, in 15 countries, the site was mainly found by English-speaking users. After translating the metadata and headings into the entire language of the page, we expect a good influx of targeted traffic from the local countries to which the site is oriented.

Now there is a phase of active translation of metadata into 15 languages ​​according to our algorithm. Translation takes place in several stages, but this already has a very positive effect on traffic growth.

P.S. We monitor the rapid further growth of the project and the next stage in the development of the site will be its promotion on the Chinese market. To do this, it will be optimized for Baidu. Later we will share with you the results in the updated case.

Do you want the same results? – Contact us now!
GET IN TOUCH

This website uses cookies to improve your experience while you navigate through the website. Out of these, the cookies that are categorized as necessary are stored on your browser as they are essential for the working of basic functionalities of the website. We also use third-party cookies that help us analyze and understand how you use this website. These cookies will be stored in your browser only with your consent. You also have the option to opt-out of these cookies. But opting out of some of these cookies may affect your browsing experience.
Necessary Always Enabled
Necessary cookies are absolutely essential for the website to function properly. These cookies ensure basic functionalities and security features of the website, anonymously.
Functional
Functional cookies help to perform certain functionalities like sharing the content of the website on social media platforms, collect feedbacks, and other third-party features.
Performance
Performance cookies are used to understand and analyze the key performance indexes of the website which helps in delivering a better user experience for the visitors.
Analytics
Analytical cookies are used to understand how visitors interact with the website. These cookies help provide information on metrics the number of visitors, bounce rate, traffic source, etc.
Advertisement
Advertisement cookies are used to provide visitors with relevant ads and marketing campaigns. These cookies track visitors across websites and collect information to provide customized ads.
Others
Other uncategorized cookies are those that are being analyzed and have not been classified into a category as yet.
SAVE & ACCEPT